While a lot of our standard range of hulls have been relatively shallow in deadrise compared to some competitors at the transom with deadrises around 14 degrees and a relatively small flat chine at about 80mm. We know everyone loves choice. So we have developed an Offshore Tiller range of standard and deep deadrise hulls. Peter, our lead Naval Architect takes you through the differences between our tried and tested hulls when compared to our new deep deadrise options. When deciding between these hulls ask yourself, “do you want to travel through the chop or jump over it?”. For driving through the chop, we feel our standard design is a great balance of performance, stability, and soft ride. If you want to be jumping over waves in big seas, the deeper deadrise comes into its own.

xx00TL – Medium V
Firstly we have our tried and tested 00TL’s a hull with characteristics similar to our much-loved centre console range. We have a medium V (roughly 14 degrees) at the transom with roughly 80mm chines. As the hull progresses forward, we start with a slow increase in v and get very sharp towards the bow. This hull punches through swell, provides a smooth ride, but focuses more on efficiency and stability. You don’t need a massive engine pumping loads of fuel to get you places at high speeds and you have stability at rest to ensure you have a great fishing platform.
xx10TL – Deep V
We’ve completed loads of deeper deadrise designs over the years and so we know that there can be compromises. When creating our own range we drew on this knowledge. We wanted to achieve a deep V without compromising on stability, we wanted our designs to make light work of any chop you might face yet still be a great fishing platform. So our new deep v designs start at the transom with a roughly 19 degree deadrise before progressively sharpening toward the bow, reaching angles upwards of 40 degrees. We then increase the chine size and reverse angle to make sure they remain in the water while at rest. This hull will need a bit more grunt to get it out of the hole but once you are up and going you will have no troubles punching through some heavier chop and swell.
We are constantly designing and releasing new models. Join our “Early Releases group” to be the first to see the new designs and a bunch of incentives that come with it. For this release, we are offering the first 8 offshore tiller kits with a $500 discount. 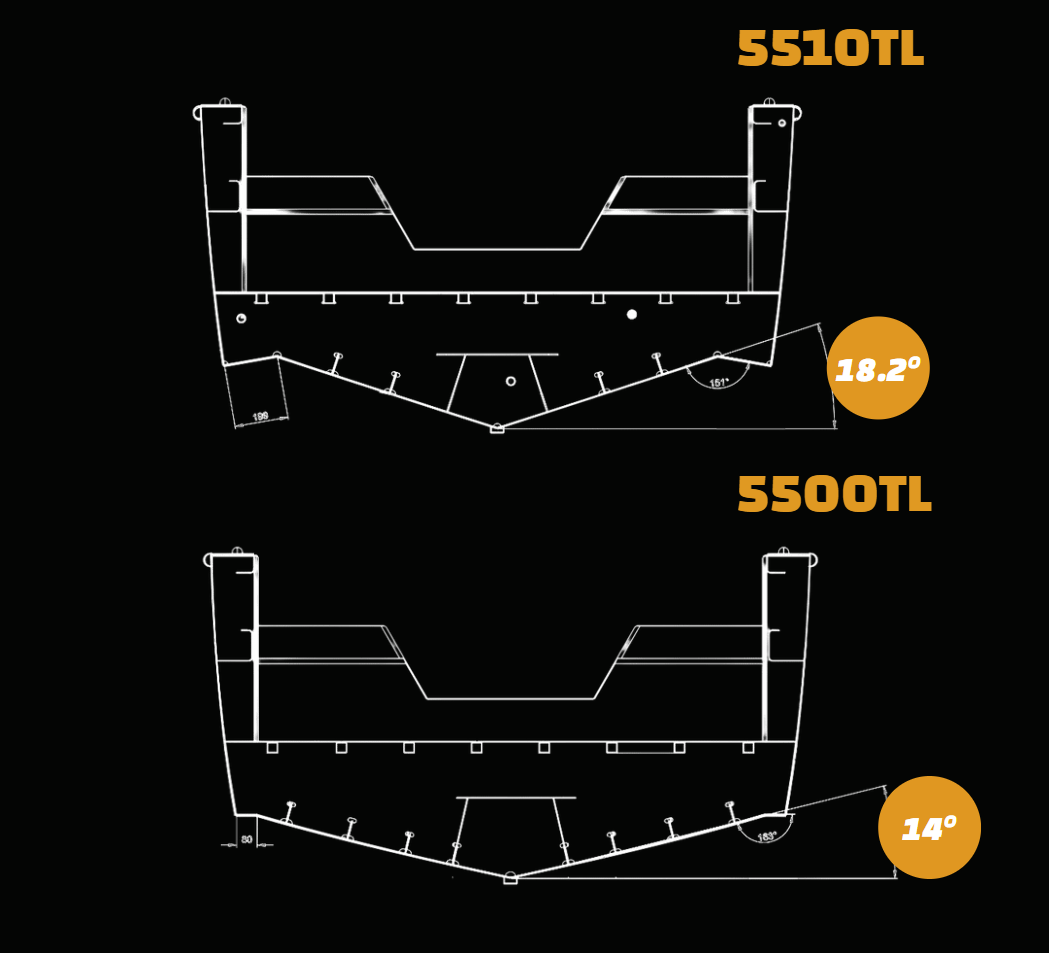 We are constantly designing and releasing new models. Join our “Early Releases group” to be the first to see the new designs and a bunch of incentives that come with it. For this release, we are offering the first 8 offshore tiller kits with a $500 discount.

CNC Marine we are here to help

A boats deadrise is defined by the angle formed between between the horizontal plane and the vessels hull. This is usually given by most manufacturers as an angle at the transom. To give you an example of this is shown in the transom section in the images below.

The angle is seen as essentially how much of a vee shape the hull makes. It is a shape that is most carefully engineered to achieve a certain result. Therefore this should be important to you, if you are after a vessel that can handle rough water, or shallow water. Whether you’re looking for overall smooth ride or high performance.

At CNC Marine most of our vessels use a variable deadrise which starts at about 15 degrees at the transom but aggressively increases towards the bow. We’ve spent a large amount of time and used leading edge naval architecture software to come up with a hull that meets our stringent requirements. We aimed to achieve a fine waterline entry while retaining stability and efficiency. We did this while also creating a structure that is easy to put together and does not require any jigs.

Our Answer to ‘What Deadrise do Your Vessels Have?’

It’s often hard to give an accurate answer when somebody asks us what deadrise each vessel has. Our answers are much like what is illustrated in the images below. These images show the varying deadrise of our 7500CC. As you can see at the transom it is 16 degrees and slowly changes through to the midships, this allows for a stable boat at rest. Continuing towards the bow the deadrise increases drastically. When we get to the entry point of this vessel you can see this increases to 52 degrees, allowing for a sharp crisp entry into swell. 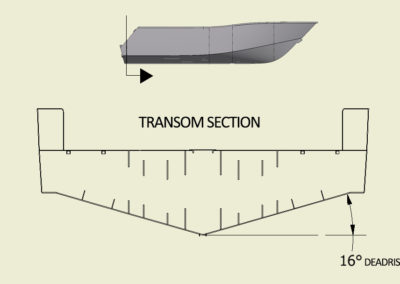 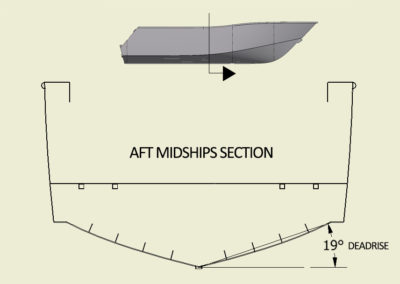 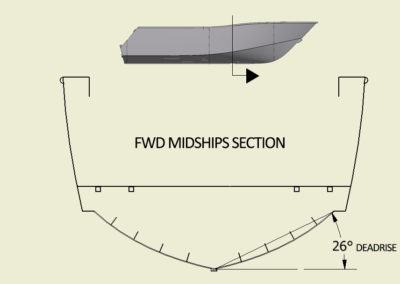 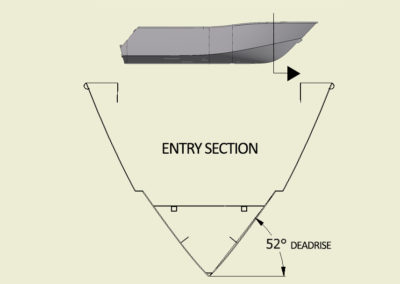